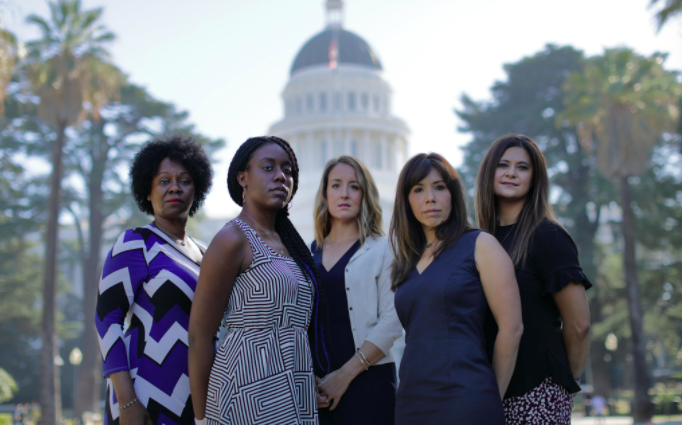 Here are selected stories from the more than 140 women who signed a searing open letter about a culture of sexual harassment in Sacramento, released in mid-October, 2017.

“The campaign manager said we should go out for my birthday. I assumed he meant a group of us from the office. At his house, no one else was there. He grabbed me by both of my shoulders and tried to kiss me. I realized he didn’t want to be my friend or mentor; he just wanted sex.”

“I was 22, straight out of college. Some of our senior staff and funders were guys who would make comments like ‘yeah, I’ll approve your press release if you take your shirt off’ or they’d make jokes about my body.

“When I quit and moved to Sacramento, one of the guys said, ‘Your work was good, but what I’ll miss the most is your tight butt.’

“I don’t think I even knew at the time that that wasn’t OK. If I had known that, I’m not sure who I would’ve gone to because it’s a problem all the way up.

“If something happened now, I have 15 years of work and relationships to back me up. At that time, I was so desperate to prove myself. It was just terrifying. Or you just think, this is the way the world works, and that’s what I have to endure to work in the world.”

“In the early 80s, I went out to dinner with a legislator who chaired a powerful committee.

“I was going to get in my car. He reached over and started kissing me. I said, ‘No. This isn’t my idea of what kind of relationship we should have.’

“He said, ‘Well, fine then. If you don’t sleep with me, I’m going to kill all your bills.’ I got in the car and locked the door.

“And then he killed a whole bunch of my bills. He made my life pretty miserable for about a year.”

“A lobbyist kissed me on the head every time he saw me for an entire year in my last government job at the Department of Finance.”

“It’s disgusting. It feels gross. You roll your eyes and cringe inside and then you laugh it off and say, that’s OK. But it’s not OK. It’s unwanted physical touching, and it’s harassment.”

A very powerful elected official walked up behind Assemblywoman Burke [for whom McKinnor was the Chief of Staff] and rub her shoulders at a dinner, intimately.

“I didn’t know what to say to this guy so I turned around and looked at him. I gave him the ‘older black woman’ stare. I made him so uncomfortable that he stopped.”

No one said anything, she said.

“It made us angry. But surprisingly not angry enough to speak up. It was an accepted behavior, which it shouldn’t have been. What we did is, we just avoided the person.… As a staffer, it hurts that’s the staffing that you had to do.”

“Men feel they have the right to grab you, tell really lewd stories in front of you.

“One boss congratulated me on my new job, saying, ‘We’re so thrilled with you, Adama, We knew you had great relationships, but we never expected you’d be able to grasp the subject matter the way you have.’

“I just looked at him thinking, ‘You thought I was just a pretty face.’ Those kinds of things really do wear on women. Those aren’t the things that they would say to a man.”

“I’ve taken meetings that I thought were professional get-togethers, only to discover he had different intentions.

“When you have more women in [elected] office, you shift the balance of power. No longer is it men who are harassing or assaulting women and women feeling like they can’t speak out for fear of losing their seat at the table.

“Now, it’s the women who have the power in that dynamic.

I was having a networking dinner five years ago with a legislator’s chief of staff when he swooped in behind me and went in to kiss me.

“I was thinking, ‘How do I get out of this graciously without embarrassing him because I need this relationship down the road?’ ”

“The state assemblyman, a member of the banking committee, was sitting in an auditorium before a speech. I sat down beside him to ask if there was anything I could do for him before his presentation.

“He was an ultra-conservative family man, and the coarseness caught me off guard.

“More typical examples of unwanted attention are the legislator who ran his foot up and down my leg under a table, or another who kept texting me messages such as, “Am I too fat? Too skinny? Are you too pretty? Am I not good enough?

“That’s not as egregious, but these are people in power making it far too difficult to do your job.”