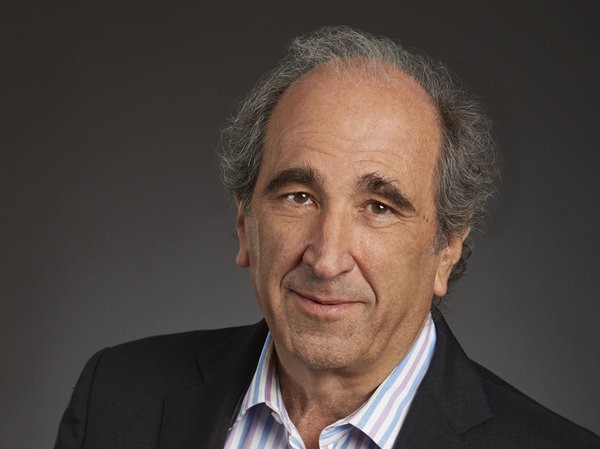 While Lack absolutely has been accused of sexually inappropriate behavior himself (see below), arguably his most serious misconduct was his attempt to help Harvey Weinstein’s decades of rape and other sexual assault against 100’s of women remain a secret from the public.

However, Farrow insists that he had the story ready to publish while he was working at NBC; and yet Andrew Lack along with Noah Oppenheimer blocked the story from being published. He details these allegations in his book, Catch and Kill.

Farrow says that Lack and Oppenheim blocked the story partly because of pressure from Weinstein himself to do so; but also partly because they knew their Golden Goose Matt Lauer was guilty of crimes almost as bad as Weinstein.

There are allegations that Lauer wasn’t the only star Lack ever covered up for.
Accused Sexual Harassers Thrived Under NBC News Chief Andrew Lack, by Lachlan Cartwright and Maxwell Tani, The Daily Beast, Sept 21, 2018

But fundamentally, the picture of Andy Lack is of a man who came of age in an era in which women’s primary role was to be sexual playthings for men. An attitude he seems to never have changed.

Jane Wallace, an anchor on CBS’s “West 57th” news show when Lack was an executive producer in the late 1980s, was bullied into having a sexual relationship with Lack. Lack then retaliated against her after the relationship soured. This, according to Ronan Farrow in his book, Catch and Kill.

Lack was “almost unrelenting” said Wallace. He asked her out to dinner “every day for almost a month. If your boss does that, what are you gonna say? You know if you say ‘I don’t want to celebrate with you,’ you’re asking for trouble.”

She said their sexual relationship was “ultimately consensual, but I didn’t just get flirted with. I got worked over.”

“It wasn’t till I really got out of there that I felt the full force of it. Of how disgusted I was,” she told Farrow. “The truth is, if he hadn’t been like that, I would have kept that job. I loved that job.”

Jennifer Laird, a young associate producer, also allegedly had a “relationship” with Lack. It too turned “hostile” toward her when things ended, according to the book.

“When Laird asked to be reassigned, Lack wouldn’t allow it,” Farrow wrote. “He compelled her to work longer hours, and on weekends, and proposed she cancel vacations.” Said Laird in the book, “There’s clearly a reason you don’t get involved with your boss.”

While the claims themselves are made and substantiated in Farrow’s book, the excerpts above were taken from reporting on Page Six by Sara Nathan, oct 9, 2019.

To all the allegations, Lack’s stance has been to deny, deny, deny.

NBC News Chief Andrew Lack Out After Tenure Marked By Scandal, by David Folkenflik, NPR, May 4, 2020

In the wake of Lack’s departure, Telemundo chief Cesar Conde was elevated Monday to oversee NBC News, CNBC and MSNBC, in a restructuring announced by NBCUniversal CEO Jeff Shell. Noah Oppenheim has been thought of as Lack’s eventual successor; he will instead report to Conde until his announced departure after the November 2020 election.