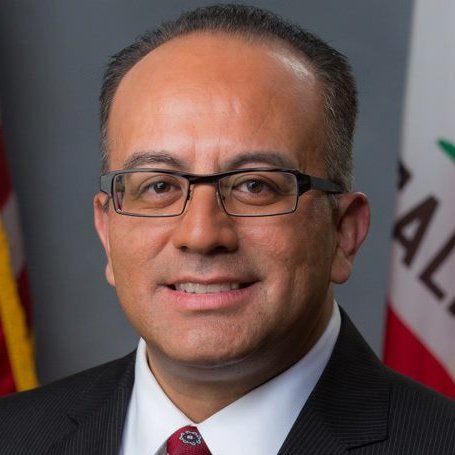 Elise Flynn Gyore, who worked as a staffer for a state senator at the time, alleged that Bocanegra “put his hands into her blouse” outside of a bathroom at a night club in Sacramento in 2009. She reported it to the Senate sargeant the next day. The Senate sargeant immediately opened an investigation which concluded that it was “more likely than not that Mr. Bocanegra engaged in [that] behavior that night.”

While Bocanegra claimed at various times that he “learned his lesson” from the incident – and promised he wouldn’t do it again – he went on to harass six additional women:

Sylvia Castillo, describing an incident in 2010 with Bocanegra: “He grabbed me with one hand, grabbed my head and shoved his tongue into my mouth,” Castillo said in an interview this month. “With his other hand, he put it up my dress. I put my hand down to stop him from trying to grab at my crotch.” Castillo knew Bocanegra, as she worked as a coordinator for a student mentorship program in Sacramento.

Jennifer Borobia, a former staffer for Assemblyman Felipe Fuentes, said that starting around 2009 and continuing for multiple years, Bocanegra began asking her out on dates via email and text. She said he would tell her she was pretty and make other comments about her appearance. She rejected the invitations, but worried rebuffing Fuentes’ chief of staff too strongly could threaten her job.

Camille Pili-Jose, who also worked for Fuentes at the time, was at a birthday lunch for Guzman in 2012. Everyone was drinking, and when after much prompting Pili-Jose took a shot, Bocanegra put his hand on her stomach. She was so startled and flustered, she spit out the shot.

Later that same afternoon, Bocanegra removed a bracelet from a different staffer’s wrist, put it in his front pocket, and told her to retrive it. Multiple people witnessed both incidents. Gabriela Correa witnessed both incidents, and immediately lost enthusiasm for her work as a result, and was soon reprimanded for poor work performance.

“I did not want to undermine the credibility of any accusers so that each of us would have access to a fair due process. I believed in our system of ‘innocent until proven guilty’ and that the truth would come out clearing my name and reputation,” he wrote. “But clearly, the principle of ‘innocent until proven guilty’ has been temporarily lost in a hurricane of political opportunism among the self-righteous in my case – to the detriment of both the accuser and the accused.”