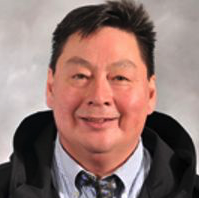 Accusations: Seven women who are current or former aides at the Alaska Capitol say a member of the state House of Representatives repeatedly made unwanted sexual advances toward them or otherwise behaved inappropriately during this year’s legislative sessions, Anchorage Daily News, Dec 9, 2017, by Julia O’Malley

The women, who asked not to be identified for fear of professional repercussions, described Westlake giving lingering hugs, making sexual comments, asking for dates and touching them inappropriately.

The only woman who spoke on the record is Olivia Garrett, 23. She described Westlake’s inappropriate behavior in a letter to the Speaker of the Alaska State House, Bryce Edgmon, on March 13, 2017. Westlake’s behavior continued after this letter was received.

Immediate Consequences:  Westlake was asked to resign. After initially resisting, he submitted his resignation letter on Dec 15, 2017

Westlake’s Initial Response:  He refused calls for his resignation, asserting that his “friendly or funny” overtures were not interpreted the way he had intended and apologizing. Anchorage Daily News, Dec 12, 2017, by Julia O’Malley

Westlake’s Evolving Response: When he finally resigned he said: “Some people are angry with me; more are disappointed. I am too. To the women who came forward, thank you for telling your story. I am inspired by your bravery, and I am sorry for the pain I have caused. To my constituents, I am sorry to have let you down. These allegations do not reflect who I am, nor who I want to be. I will learn from this experience and be a better man because of it.” Read full text of Westlake’s resignation here.

“It has become clear through this process that the Legislature’s culture, policies, and institutions do a poor job of protecting workers,” Tuck said, according to the statement. “We are committed to designing and implementing a clear policy to train every legislator and staff so there is no confusion about putting it into practice. This is crucial to restoring faith in the institution of the Alaska Legislature.”