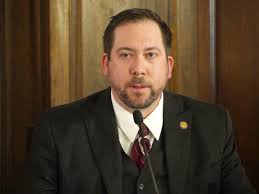 Accusations: Hit an unnamed woman hard enough to rupture her eardrum, during a drunken sexual encounter, The Juneau Empire, Jan 25, 2018

Fansler’s Initial Response:  He said he believed his behavior was a part of consensual kink/bdsm bedroom play, according to texts between Fansler and the woman the next day