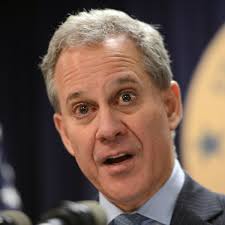 Accusations: 4 women, including Tanya Selvaratnam and Michelle Manning Barish, say Schneiderman attacked them with physical violence, in the course of consensual sexual relationships.

To hear from his accusers in their own words, either click the links above or scroll down to the Accusers tab.

According to the women, Schneiderman was also emotionally and psychologically abusive, routinely demeaning and humiliating them as a means of controlling them. Excessive alcohol consumption contributed to Schneiderman’s behavior. He also made physical threats of violence against them, including threatening to kill at least one, if she broke up with him.

Immediate Consequences: Schneiderman resigned within hours of the publication of the accusations in The New Yorker (see the link in Big Picture, below). Numerous criminal investigations were undertaken within the week, first by New York District Attorney Cyrus Vance and then by a special prosecutor appointed by Governor Cuomo.

Schneiderman’s Initial Response: Schneiderman initially insisted that the abusive behavior was something the women had consented to, as part of their sexual play.

Schneiderman released a statement upon his resignation: “While these allegations are unrelated to my professional conduct or the operations of the office, they will effectively prevent me from leading the office’s work at this critical time. I therefore resign my office, effective at the close of business on May 8, 2018.”

Eric Schneiderman was a darling of the progressive left. He routinely attacked Donald Trump and has filed suit against Harvey Weinstein. He was a public champion of all kinds of women's rights and women's advocacy causes and organizations.

It was decided in November, 6 months after the investigations began, that Schneiderman would not be criminally charged for any of his actions, due to "legal loopholes".
Eric Schneiderman Won't Face Criminal Charges Over Allegations of Abuse, NPR, Nov 8, 2018, by Camila Domonoske

November 2018: the Nassau County District Attorney Madeline Signas announced she would be unable to criminally prosecute Schneiderman, due to “gaps in the law,” including statues of limitations.

Schneiderman responded with a statement: “I recognize that District Attorney Singas’ decision not to prosecute does not mean I have done nothing wrong. I accept full responsibility for my conduct in my relationships with my accusers, and for the impact it had on them. After spending time in a rehab facility, I am committed to a lifelong path of recovery and making amends to those I have harmed.” He has not as of this point apologized to either Ms. Selvaratnam or Ms. Barish personally.

November 2018: The National Organization for Women issued a demand and circulated a public petition that Schneiderman donate the $9 million remaining in his now-defunct re-election fund to organizations that support survivors and seek to end intimate partner abuse. “Mr Schniederman has an opportunity to give back to the community that he’s hurt. He was elected. We trusted him,” chapter president Sonia Ossorio said.

January 2019: Schneiderman completes a training program through The Path, a meditation center in New York, to become a meditation teacher. CBS News

February 2019: According to CBS-6 Albany, Schneiderman’s campaign war chest has dwindled to $6.4 million, after returning almost $1 million to donors and paying $300,000 in legal fees. While the campaign has said they would “donate the remaining funds to worthy and appropriate causes once they’ve honored their commitments,” others are skeptical that Schneiderman intends to retain the money for self-serving reasons. “The campaign contributions have often become sort of a honey pot for get out of jail free cards,” says Blair Horner, Executive Director of the New York Public Interest Research Group.

May 2019: New York State Senator Alessandra Biaggi (D-Bronx) proposes legislation to close the loopholes that allowed Schneiderman to evade prosecution. Under current state law, the act of slapping, striking or kicking an individual without their consent can only be charged if the perp’s intent was to “alarm, harass or annoy” or if there is proof of physical injury. The bill would establish a misdemeanor crime for acts of domestic violence “committed for the purpose of sexual arousal or gratification.” New York Post