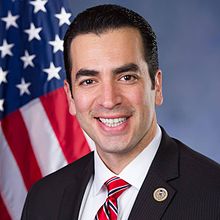 Consequences for his actions: Will not seek reelection in 2018, after being pressured to resign by House Minority Leader Nancy Pelosi (D-Ca) and others.

Kihuen’s Response: Kihuen denies that he did anything wrong. He even went so far, in an interview with ABC News on Dec 5, to accuse the DCCC and Nancy Pelosi of having already investigated the claims of his first accuser and found them baseless – claims that are untrue. See the video with ABC in the tabs below.

In the statement he issued when he announced his resignation, he maintained his innocence. Read Kihuen’s full statement on NPR

Rubin Kihuen is a man who simply doesn’t get it that relentlessly pursuing subordinates who have repeatedly told you they aren’t interested isn’t fun and flirty – it’s sexual harassment.

We know Kihuen is clueless, not only because he has repeatedly denied any wrongdoing (so unless he’s an outright liar, which is always a possibility, he thinks his behavior was okay), but because one of the hundreds of unwelcome texts he sent to a lobbyist said,

“I apologize…Can’t talk to you like this anymore, I’m officially a congressional candidate again,” shortly after announcing his Congressional bid.

Clearly, he was laboring under the mistaken belief that this woman was enjoying the attention from him – when in reality she felt uncomfortable, annoyed … harassed.

A total of four women have now reported this kind of relentless and unwelcome pursuit by Kihuen, and their stories are detailed on the “Accusers” tab.

After the allegations from his first accuser, Samantha, came to light thanks to Buzz Feed, not only did the Congressman not agree to step down, he chose an interesting counter-offensive: spreading the blame around.

In an interview with ABC News, Kihuen suggested that not only did the DCCC and Nancy Pelosi (D-Ca) know about Samantha’s allegations previously, they looked into them and found them to be baseless – and then supported his campaign with millions of dollars.

As ABC News reports, the DCCC didn’t look into Samantha’s claims at the time, because they weren’t given the detailed account that has been brought to light by Buzz Feed.

An ethics committee investigation was opened on Dec. 10, 2017, as reported by The Nevada Independent by Riley Snyder on Dec 15, 2017.

Kihuen announced on Dec 15, 2017 that he would not seek reelection.

A 25-year-old woman named Samantha, whose last name has been withheld for her privacy, was Kihuen’s finance director during his campaign from December 2015 – April 2016. During that time Kihuen frequently asked her out on dates and propositioned her with unwelcome and repeated statements like,

“‘You look really good, I’d like to take you out if you didn’t work for me”
“We should get a hotel room here.”
and asking her if she ever cheated on her boyfriend.

She firmly told him no several times, but the harassment continued. He even laughed at her when she turned him down, leaving her feeling humiliated.

She quit his campaign in frustration in April, 2015. She didn’t want to deal with his advances any longer, but also didn’t feel she had any recourse.

She told a staffer at the Democratic Congressional Campaign Committee at the time that the reason she was leaving so abruptly is that Kihuen made her “uncomfortable.” That DCCC staffer told a colleague at the DCCC, who in turn told Kihuen’s campaign manager, Dave Chase.

Chase confronted Kihuen, who told him nothing improper had occurred. After the Buzz Feed story was published, Chase said, “I believe Samantha and wish I had known her specific allegations when I confronted Ruben after she left the campaign or in time to stop what took place.”

She says she quit her campaign job after he harassed her. Now he’s in Congress.
Buzz Feed News
by Kate Nocera & Tarini Parti
Dec 1, 2017

Another woman, a lobbyist, came forward to say that Kihuen relentlessly harassed her over a period of years – sending her hundreds of unwelcome text & Facebook messages, touching her thighs and her butt, playing with her hands or feet during meetings, and even twice asking for her address (she gave him fake ones both times) – all this, despite having told him no, firmly and repeatedly, on several occasions.

She told her story on condition of anonymity to Megan Messerly of The Nevada Independent on Dec 13, 2017: Second Woman Accuses Kihuen of Persistent, Unwanted Sexual Advances in which they report that the text messages sent by Kihuen included:

“What color are your panties?”
“[kissy emoji] How was your weekend?”
“You should come sit on my lap. I have more cushion than those seats.”
“Not sure why you’re so scared of me”
“You didn’t come lobby me today [sad-face emoji].”
“I need a trophy date! Haha.” – after inviting her out to a Carson City bar
“You’re absolutely beautiful and unbelievably sexy”
“Love your dress”
“You looked so beautiful tonight…irresistible”
“So beautiful”
“You look fabulous in black”
“But I’m sure you look even better naked.”

As far as how she reacted (or why she didn’t react more strongly), the Nevada Independnt reports these comments from the woman:

“I was uncomfortable and I didn’t know what to think and I didn’t know how to react”
“You don’t want to bring attention to it, right? You’re trying to slightly, like, just kind of turn your body and shift your weight away from it.”
“Okay, this is kind of what my life is like now, I guess.”
“You don’t really know what to say when a [state] senator tells you, like, ‘Nice ass. You’re just like, ‘Thank you, bye, hi-de-ho.’”

These allegations were also reported by NPR:

A 24-year-old D.C. businesswoman accuses Kihuen of having made unwelcome sexual advances toward her in the fall of 2017 while the Congressman’s campaign was a client of her firm.

The Nevada Independent reports, “The woman described conduct [to us] that she said made her feel flustered and uncomfortable, including Kihuen asking at the office why she didn’t have a boyfriend, asking if she lived alone and offering to help her move up in her career — something she interpreted as a possible suggestion for sexual favors. At one fundraiser, she said, he rubbed her lower back and kissed her face several times.”

She said some of her friends have asked why she didn’t reject him, outright.

He’s a member of Congress and a client of my firm … so you can’t, really.

Women in DC says Congressman Kihuen made unwelcome overtures toward her this fall
The Nevada Independent
by Michelle Rindels
Dec 16, 2017

A woman who worked at the front desk of Kihuen’s condo building, who was 19 or 20 at the time (2014 and 2015), said she was initially flirtatious with Kihuen and gave him her number. But then the texts started coming late at night, and were increasingly inappropriate. He also would routinely comment on her clothes, and her butt.

The woman asked him to stop texting her 2 or 3 times, and when he wouldn’t comply she just blocked his number. She also made it a habit to try and hide from him whenever she saw him at work, which was the condo building in which he lived.

As part of their investigation, Buzz Feed spoke to more than 30 men and women who had known Kihuen for years in Nevada politcs. They all reported that his penchant for being a playboy – relentlessly pursuing lots of women – was an “open secret.”

While some excused that kind of behavior in a young, single guy, many observed that Kihuen was now a U.S. Congressman in his mid-30’s who needed to grow up and start acting more responsibly.

“In Congress, no one should face sexual harassment in order to work in an office or in a campaign. The young woman’s documented account is convincing, and I commend her for the courage it took to come forward,” Pelosi said in a statement after talking with Kihuen. “In light of these upsetting allegations, Congressman Kihuen should resign.”

Not only did Kihuen deny the allegations, he tried an interesting counter-offensive: spreading the blame around.

In a Dec 5 interview with ABC News, he suggested that he couldn’t possibly have done anything wrong because the DCCC and Nancy Pelosi had looked into it already. And besides, if he was guilty, so were they – because they gave his campaign millions of dollars even after finding out about the allegations.

All of that, according to reports, is complete hooey.

As reported by ABC News, “Congressman Kihuen’s statement is not true,” Meredith Kelly, DCCC communications director, said. “We were presented with these disturbing facts for the first time last week, and the chair immediately called for his resignation.”

A Kihuen spokesman did not respond to a request for documentation supporting Kihuen’s claims about the DCCC, Pelosi and Lujan. – ABC News, Dec 5, 2017