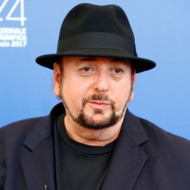 38 of these women sat down for interviews with the Los Angeles Times’ Glenn Whipp for an expose he published on Oct 22, 2017 (see the Big Picture section, below). Within 24 hours, an additional 200 women had reached out to Whipp with their stories of Toback’s vulgar behavior toward them, which he published in a second story on Oct 23, 2017.

The Los Angeles Police Department said it has fielded numerous calls from women wanting to file criminal complaints against Toback.

Company Reaction: While Hollywood is disgusted, there doesn’t seem to be any one person, company or organization that could inflict serious consequences on Toback, so none have. He has, however, been dropped by his agent, Jeff Berg.

Toback’s Response: Toback categorically denies the allegations, saying it would be “biologically impossible” for him to have done everything he’s accused of, as he has diabetes and a heart condition. Rolling Stone’s Hillel Aron got a vociferous denial over the phone, which you can hear on the Response tab, below.

They’re all detailed in sordid detail in the article in the Big Picture section, but several have told their own stories in other outlets:

Sari Kamin, Medium, 10/16/17, “I am one of the countless women that filmmaker James Toback has harassed.”

Toback has now been dropped by his agent, Jeff Berg.

What’s most interesting about Toback’s denial is the way he somehow manages to portray himself both as an angry, affronted man of integrity as well as a self-pitying victim who all these despicable people are just ganging up on.

Who else have we heard exhibiting this tone, hmmm…..? (see Donald Trump)